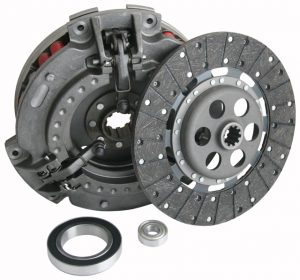 Engine Fix UK offer a wide range of tractor clutches for both Agricultural and Industrial applications.

Amongst the Agricultural range covered these include:

All our clutches come the following key features: 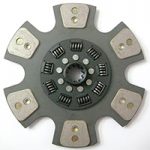 The engagement of the clutch is by a diaphragm spring load, disengagement is effected when the clutch release bearing moves the spring fingers towards the flywheel. The clutch disc is positioned between the flywheel face and the clutch pressure plate and normally carries a torsion damper, these clutches are normally used on tractors in the range of 15 to 100 HP.

The steel housing is normally pressed steel, cast iron pressure plate which is used with sintered friction materials is very tolerant of operating temperatures up to 600 degrees C which can be evident with intermittent overload conditions.

The construction is as per a single clutch , but when an independent PTP drive is required this is facilitated by a splined hub inside the cover assembly which engages with a hollow shaft passing through the transmission, in this way the PTO drive is being driven whenever the engine is running and independent of the clutch operation.  These clutches are in common use in tractors in the power range of 15 to 100 HP 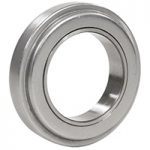 This arrangement provides two independently actuated clutches with one unit, the primary clutch is for the wheel drive, and the secondary clutch for the PTO drive.  The

engagement load for both clutches is provided by a single diaphragm spring located between the wheel drive and PTP pressure plates.  Both clutches are normally engaged and only disengaged when the driver operates the clutch pedal or a separate PTO lever.  Two types of the clutch are used as follows:

These clutches are used in tractors in the power range 15 to 100 HP with a two shaft transmission.